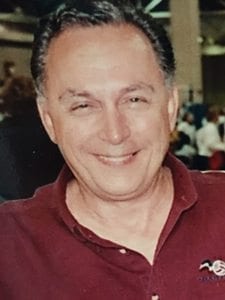 It is with sadness that I share with you the recent passing of a long-time volunteer leader in the Association: NIRSA Life member Gary Colberg has passed away after a lengthy battle with myelodysplastic syndromes.

According to Laura Hall, “Gary is responsible for building the foundation of intramural sports and sport clubs at UC Davis. The eclectic mix of sports, the heavy interest in fair play at all times, promoting women’s participation before it was popular to do so, and the continued desire to meet student needs and wants — each of these stand as a tribute to him. Everything we do has a focus on serving the students and the biggest compliment we can pay to him is to remember that he initiated these philosophies, worked extremely hard for 40 years to keep these programs innovative and current, mentored those of us who had the privilege of working with him, and was a huge influence within collegiate recreation at UC Davis and well beyond. Generations upon generations of students have been positively impacted because of Gary.”

In 1995, Gary received the NIRSA Annual Service Award for outstanding leadership and service to the Association for development of the Volleyball Sport Club Championship. For more than a decade, Gary served in the role of NIRSA’s Director of Competition for Volleyball; he served in that capacity from 1994-2009.

Gary’s memorial service is scheduled for 11:00 am on Saturday, July 23 at UC Davis Campus. More information about the service can be found in The Davis Enterprise news.

You can read more about Gary’s legacy on the UC Davis website and discover the considerable impact he made on the sport of volleyball at the USA Volleyball website.

Thank you for your time and please spend some time remembering all the great things Gary did for UC Davis, NIRSA and all of those around him. If you did not happen to know Gary, I highly suggest you read the articles above describing his impact on students and the legacy he left behind.